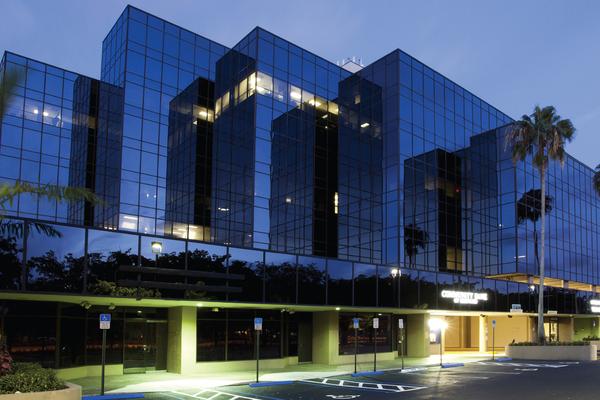 In an all-cash transaction, the partnership purchased the 205,000-square-foot building at 3111 N. University Drive with plans to reposition the 10-story building as Broward County’s premier suburban corporate center. The tower, which anchors Coral Springs’ main business district on University Drive just south of Sample Road, has been renamed University Place at City Center.

The name change is the first step in Butters’ and Bristol’s multi-prong strategy to reposition the property as a best-in-class office center. A multi-million dollar renovation and capital improvement project is being rolled out with renovations starting as early as March on upgrades and modernization of the building’s sweeping lobby atrium and new main entry. The newly rebranded University Place at City Center will also undergo full refurbishment of its front retail façade, which has immense street presence spanning nearly a half block along University Drive. A full upgrade of the building’s passenger elevator system, which includes two all-glass cabs that offer riders dramatic views of the lobby atrium, will be completed in February.

“This building was 90 percent leased five years ago, and was always regarded as one of the best office buildings in west Broward,” said Malcolm Butters, president of Butters. “We are confident that within a few years this building will regain its stature.”
Prior to the Butters and Bristol acquisition, the 10-story building, formerly known as Preferred Exchange Tower, had been controlled by a commercial mortgaged-back securities trust, which foreclosed on its previous ownership in 2012.

A servicer for the CMBS trust put the property on the market late last year with the Butters and Bristol team emerging as the winning party following a competitive bidding process.

“We saw an opportunity to acquire an irreplaceable asset in the Coral Springs market at a very competitive price,” said Rob Banovac, project manager with Bristol. “We knew this would give us a competitive advantage in the marketplace and allow us to quickly turn it around with well-capitalized, institutional ownership and an experienced leasing team.”

Adam Vaisman, director of acquisitions for Butters, worked with Bristol to craft the economic structure of the deal to capture the winning bid.

Bristol Group, Inc. founded in 1980, is a nationally active real estate investment and development firm based in San Francisco. The firm has acquired, developed or redeveloped over $2.5 billion of real estate. Bristol’s current real estate portfolio consists of office, industrial, retail, multi-family and self-storage properties nationwide. In the past six months, Bristol Group has purchased or completed development of over $130 million worth of assets, primarily in Florida. For more information, go to www.bristolgroupinc.com